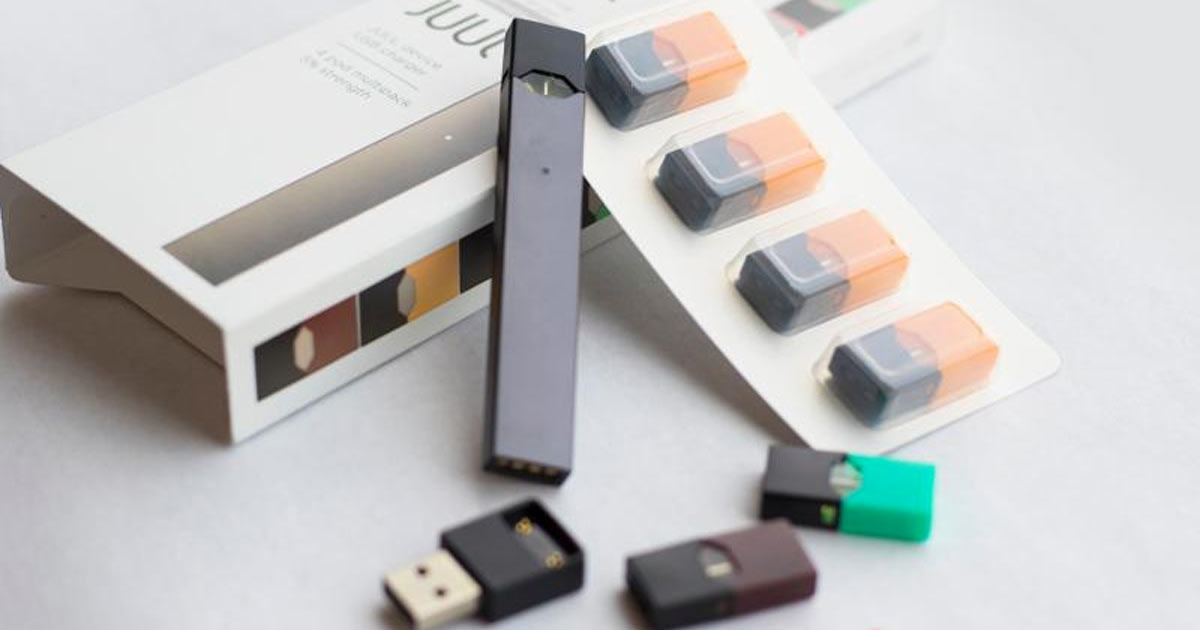 This month the Policy Committee welcomed Dr. Doug Jorenby, a Professor of Medicine at UW’s School of Medicine and Public Health and Director of Clinical Services at the UW Center for Tobacco Research & Intervention, to discuss the latest science surrounding e-cigarettes and other electronic nicotine delivery systems. (Note: We will use the term “e-cigarettes” to encompass all such products in this article.)

The Policy Committee has been following the emerging issue of youth use of e-cigarettes and products like JUUL for some time, and recently added this issue to the 2018-2020 Policy Agenda. Dr. Jorenby’s presentation, and the Committee conversation that followed, added depth and nuance that will contribute to our efforts to track policy and regulation in this arena.

Dr. Jorenby began by highlighting the substantial diversity and rapidly changing technology of e-cigarette devices. “Any conclusions we draw come with an asterisk,” he said. “This field is moving so quickly—both the technology, and the research into what’s going on.”

This product diversity comes with significant policy implications. For example, because levels of nicotine and other chemicals in secondhand smoke from e-cigarettes vary between products, smoke-free air policies that include e-cigarettes must comprehensively include all device types in order to be effective and enforceable.

Dr. Jorenby also discussed the data on usage and the implications for policy and practice. E-cigarette use among youth is substantially higher than use among adults (a trend we have been tracking in Wisconsin). This is significant, as evidence presented by Dr. Jorenby shows that youth and young adults who begin using e-cigarettes are not only exposing themselves to harmful amounts of nicotine, but also are more likely to begin smoking traditional cigarettes, and potentially at an even higher frequency and intensity. This is supported by a recent National Academies of Sciences, Engineering, and Medicine (National Academies) report.

In addition, e-cigarettes are attracting new users who previously have never used tobacco products—more than 11% of adult e-cigarette users were previously never smokers. And almost 60% of adult users are “dual-users” who are using both traditional and e-cigarettes.

However, evidence suggests that completely substituting e-cigarettes for traditional cigarettes does reduce a user’s exposure to dangerous chemicals associated with cancer risk (the National Academies calls this conclusive evidence). Harm reduction potential could be tempered by the exponential increase in youth initiation and the fact that most users appear to be dual-users and not exclusive e-cigarette users, but more research is needed to determine the overall public health impact. Currently, UW CTRI is conducting research specifically into these dual-users.

As this evidence continues to develop, it may be important to strike a balance between policies and regulation that prevent youth access to e-cigarettes with those that support investigating the potential e-cigarettes have for reducing the cancer risk of current adult smokers.

For the time being, the Policy Committee’s focus will remain on youth access and local progress on expanding smoke-free air policies to include e-cigarettes, while we continue to track the evidence surrounding harm reduction and adult cessation potential.

The Evolution of E-Cigarette Tech

The first generation of e-cigarettes, often called cigalights, were designed to look like cigarettes. Yet their inefficient nicotine delivery, Dr. Jorenby said, was “indistinguishable from placebo in lab studies.”

Then the technology evolved. Rechargeable “vape pens” gave users a choice of flavors and nicotine concentration “and moved away from any reference to smoking at all.”

The third generation, “mod” systems – short for modular – were “mix and match, the same way people build their own PCs at home.” These highly customizable systems were able to deliver more nicotine than their predecessors and came at a much higher price tag.

Then, said Dr. Jorenby, “just when we thought this was the pinnacle, we know what we’re dealing with, JUUL happened.”

Especially popular in middle and high schools, JUUL units resemble USB drives and produce less vapor than previous types of e-cigarettes. They’re easy to conceal, rechargeable, and use color-coded flavor pods. They’re also much more effective at delivering nicotine – in fact, said Dr. Jorenby, “JUULs are much, much closer [at resembling the nicotine delivery of traditional cigarettes] than any of the tech so far.”

These products are changing quickly, and are becoming both increasingly addictive and more attractive to kids. Learn more at www.tobaccoischanging.com.