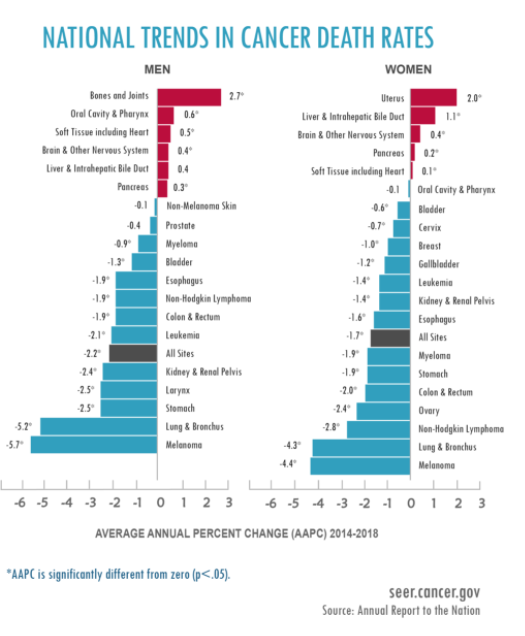 Overall cancer death rates declined from 2014-2018, according to the National Cancer Institute’s recently released Annual Report to the Nation on the Status of Cancer.

The report looks at long-term trends and data regarding new cancer cases (incidence) and cancer deaths (mortality) across the United States. Key findings include: